As outlined above for particles (see Fig. 124) and quarks we consider in the following
phenemonlogically the subtle structures of atomic nuclei at the Planck level (at
distances of the Planck length lP = 1.6×10-35 m), eventhough a scaling up factor of f »
2×1020 (see Fig. 123) is needed to obtain the corresponding gross atomic nuclei
structures of about 1×10-15 to 3×10-15 m (i.e. 1 to 3 fm, femtometers), according to
their experimentally verfied dimensions. Nevertheless the follwing considetations
yield an understanding of the geometrical aspects of atomic nuclei in the lattice of
the universal „relativistic ether“ (see Fig. 116) as Einstein called it.

In particle physics, the strong interaction or nuclear force ensures the stabily of
ordinary matter, as it confines the quark elementary particles into hadron particles,
(see Table 21 and cf. https://en.wikipedia.org/wiki.Strong_interaction). The strong
interaction is observable in two areas: on a larger scale of about 1 to 3 fm, it is the
force, carried by pions, that binds protons and neutrons (nucleons) together to
form the nucleus of an atom, being formally composed of protons and neutrons.
On a smaller scale (less than about 0.8 fm, the radius of a nucleon), it is the force, carried by gluons, that hold quarks together to form protons, neutrons and other hadron particles.
Proton p+: Fig. 126a shows the subtle core structure of a proton which in addition is bound to one gluon. A gluon is sketched in dashed lines outside of the cube of the ether lattice which carries the octahedron forming the subtle core of the proton. The subtle quanta which generate the tetrahedron of a gluon are sketched smaller than the quanta which build the proton’s core, to achieve a better clarity, eventhough they have the same size. Inside the cube three lines of a gluon bounding directly to the proton’s octahedron are again sketched by dashed lines, to show their positions more clearly. The other three lines of the gluon have merged with three lines of proton’s core, i.e. three subtle quanta of the gluon (small dashed cicles) and three subtle quanta of the proton are superimposed at one respective position of the proton’s octahedron, indicating the binding of the two particles. The strong force is thought to be mediated by gluons, that are exchanged between quarks, antiquarks and other gluons as all carry a type of attractive charge called „color charge“ which in the superposed binding process must generate a white color resulting from the superposition of three different colors. Up to today, the exact calculation of the strong force by „quantum chromo dynamics“ (QCD) is not possible, however (see https://de.wikipedia.org/wiki/Starke_Wechselwirkung). 16 massless gluons (seven of which are not shown in Fig. 126a, but cf. Fig. 127) can in this way be bound around the octahedron of a nucleon, thus filling the octahedron’s cube of the ether lattice completely. By their mutual attractive binding the 16 gluons within a cube, the resulting „gluon shell“ generates and stabilizes
the proton’s octahedronal central structure. The „gluon cloud“ can continue outside
of the lattice cube, thus forming a stable „gluon matrix“ around the proton’s
core (SP-32), and can spread out to neighbouring nucleons, see Fig. 127b.

The strong force inherently has so high a strength that the energy of an object
bound by the strong force (a hadron) is high enough to produce new massive
particles. Thus, if hadrons are struck in scattering experiments by high-energy
particles in particle accelerators, they give, if scattered, rise to new hadrons instead
of emitting freely moving gluon radiation. This property of the strong force is called
„color confinement“, and it prevents the free „emission“ of strong force (gluons),
instead, in practice of such scattering experiments, jets of massive particles are
observed.
Neutron n0: Similar conditions as outlined above for the proton hold also for the
the subtle core structure of the neutron, see Fig. 126b, and other hadrons (cf. Table
21). In present-day physics the reason for the neutron’s radioactive decay is
unknown. The reason becomes obvious, as due to the loss of the high internal
symmetry of the neutron’s subtle core structure caused by the assembled vortex
of the electron (SP-33), and in comparison to the proton. 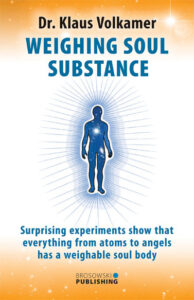